On Friday 24 March 2017, we had a fantastic time supporting teachers and pupils in St Patrick's and St Brigid's Primary School, Ballycastle, as they embarked on a full day of numeracy filmmaking. Mr Kinney and Mrs Kennedy took a different approach than usual, opting to have an artist with them each for the entire day, instead of two artists each for half a day. This proved to be a very good system and thus, the teachers and pupils were supported for both filming and editing. 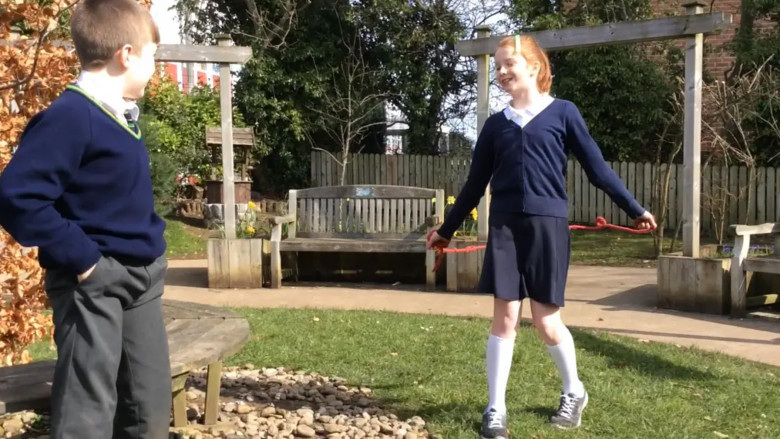 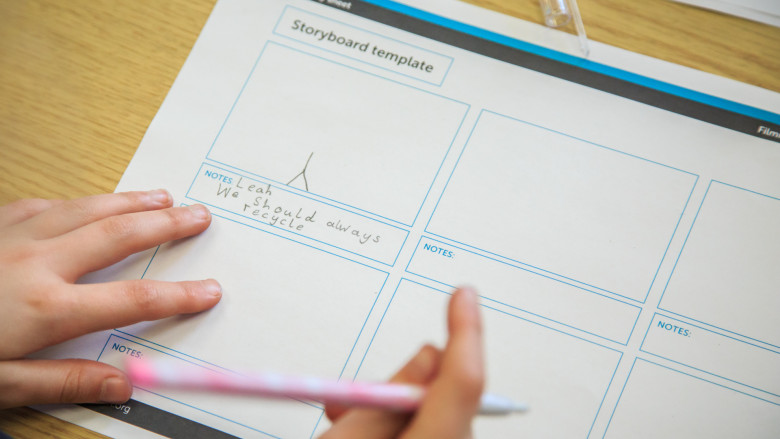 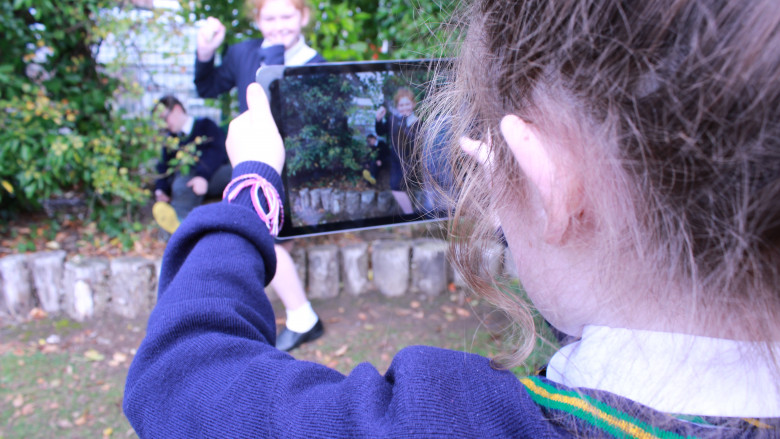 Pupils had already researched their timing topic in a previous lesson. They had used the Into Film think and plan worksheets and a table to predict how long it would take to carry out a series of activities. Pupils then filmed and timed themselves carrying out each activity and reflecting on the difference between the results and their estimations. The film results were fantastic as pupils experimented with split screens, speeding up sequences, putting a timer on screen and adding titles to state their results.

"The film results were fantastic as pupils experimented with split screens, speeding up sequences, putting a timer on screen and adding titles to state their results."

Pupils were incredibly enthusiastic about undertaking a numeracy task using film which is evident in the results. Some of the films strengths lie in the consistent approach to each task, others in the groups evaluation of their approach at the end of the film, but each group demonstrated excellent communication and team working skills as well as their ICT and numeracy skills. Looking forward to seeing what they can do with stop motion animation next term!

A Senior Leader explains the positive impact of Full STEAM Ahead in his school.

When some school friends bet each other to do various tasks, they also find a way to learn about estimations and predictions.

"The film texts motivate and engage all types of learners. As a result, the ‘give it a go’ approach has never been more evident in my class as they feel more confident expressing their ideas and opinions in a creative manner. This powerful tool has enabled every child in my P6 class to achieve success in literacy."