On Wednesday 8 November 2017, I finally got the chance to visit St Patrick's and St Brigid's Primary School for the first time to lend my support to Mrs Kennedy's P6 class in the morning and Mr Kinney's P7 class in the afternoon.

Both teachers used The Girl and the Fox to revise camera shots. Mrs Kennedy played the film and got her class to shout out the different shot types they recognised which was a fun way to start. She then handed out a sheet she had created which had stills from the film and sentence starter prompts to help them creatively write a story. I thought this was a really nice idea as it was a good example of how film can be used to enhance literacy. I helped pupils who were struggling to think of sentence starters by getting them to describe the film stills. After this, the pupils were tasked with making a film which used at least five different camera shots. Mrs Kennedy wanted them to show the best aspects of St Patrick's and St Brigid's Primary School to their pen pal school in Grenada. As a class, they came up with interesting places to film within the school. Then each small group of four chose one of these areas to film in and decided on the different camera shots they would use for each part of their film. I gave the class a few iPad filming tips and tricks before they started to film and advised the pupils on how they could improve their shots. The pupils were enthusiastic and determined to get all their shots recorded within the allocated 15 minutes. They seemed to be very happy with what they had done when they reviewed their shots. Mrs Kennedy asked the pupils to write down the order in which they would put their clips for the edit and she then showed them what could be achieved in iMovie. That's all we had time for which is quite a lot for just one morning so next time they will be editing their films in iMovie. I look forward to seeing their final films as I'm sure they'll be fantastic. 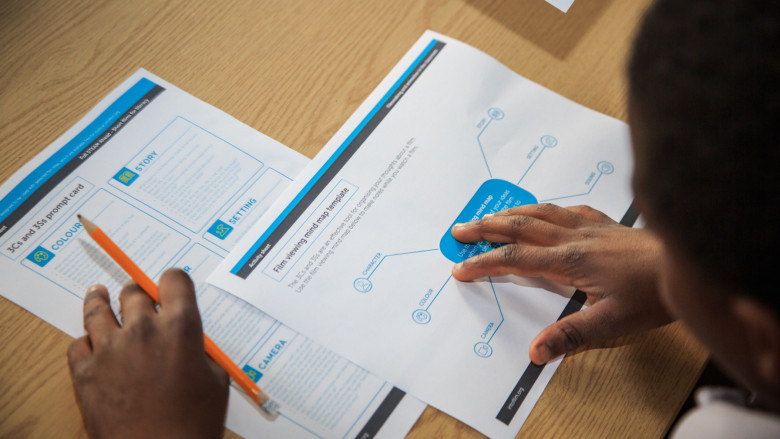 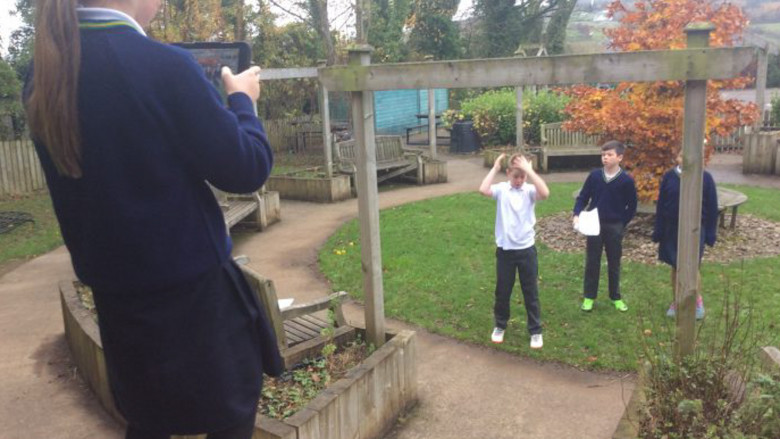 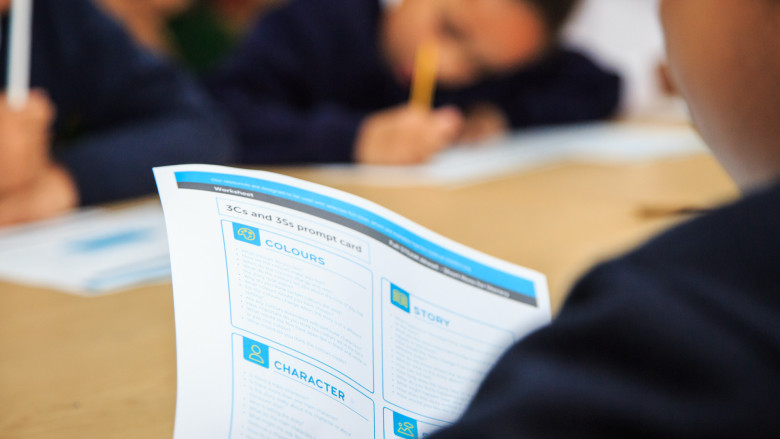 After lunch, I joined Mr Kinney's P7 class. Before we started, Mr Kinney asked me to introduce myself to the pupils; who I was; where I worked; and how I got into filmmaking. He thought it was important for the children to know how they might get into a filmmaking career. Mr Kinney then gave the pupils paper cut outs of stills from The Girl and the Fox along with the names of camera shots for the pupils to match with each other. They then looked at the explanations of these camera shots to check if they still thought their answers were correct. Their main task was to create an anti-bullying story, so in groups of four the pupils started off storyboarding, making sure they included the five main shot types. The plan was to take photos which would then be used as a basis for creative writing. Mr Kinney emphasised that the pupils should think carefully about their shots, considering framing, lighting, and focus, for example. I added to this by giving them the same iPad tips and tricks I gave to the P6s but also by encouraging them to use facial expressions and body language to tell the story as there would be no sound or movement. After this, we reviewed each group's photos as a class to see if they used all the shot types. One group stood out for me as they had a clear understanding of what the different shot types were and why they would be used. One pupil undertook the role of director and the group communicated well with each other this is reflected in their final photos. Mr Kinney left time at the end for Q&As, which I thought was nice for the children and me because they all seemed really interested in filmmaking! As we were using Nerve's iPads, we transferred the children's work onto the class computers at the end of each lesson.

"Before we started, Mr Kinney asked me to introduce myself to the pupils; who I was; where I worked; and how I got into filmmaking. He thought it was important for the children to know how they might get into a filmmaking career."

I had great fun supporting all the classes this term and look forward to helping the teachers plan their own CPD training sessions next term!

A Senior Leader explains the positive impact of Full STEAM Ahead in his school.

When some school friends bet each other to do various tasks, they also find a way to learn about estimations and predictions.

"We're enhancing the curriculum through the use of Film."