An article written by Artist Practitioner, Dee Gribbin, about her visit to Eglinton Primary School, to provide in-school support to teachers as they embark on introducing curricular filmmaking to the classroom.

Although it was the first time Mrs Quigley was filming with this particular class of P6's, they had done film making before. So she refreshed the classes memory with a short presentation about filming and shot sizes, and we set to work filming interviews and news reports as the Foyle Bridge had vanished! The pupils were required to be aware and use a number of different camera shots as reports were from a news desk, the incident scene and from a roving reporter. The pupils were all really enthusiastic and demonstrated a great understanding of the various shots and angles needed to film news style footage. The green screens were put to good use in various quiet locations about the school.

Mrs Quigley intends to continue using film through the term to further explore the class topic of Bridges and is already making film plans for next term. 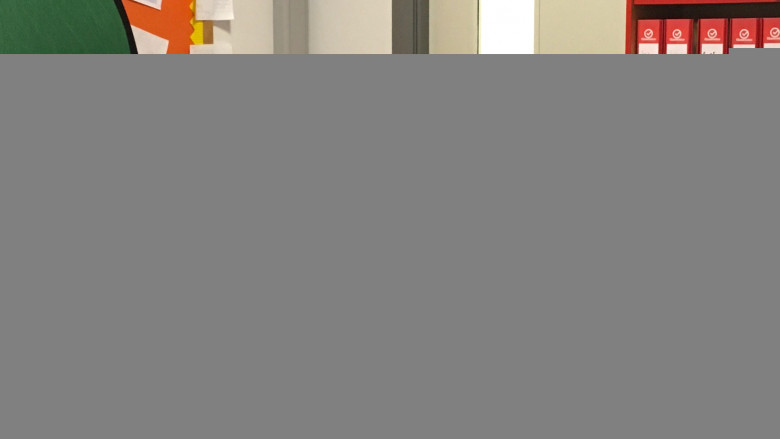 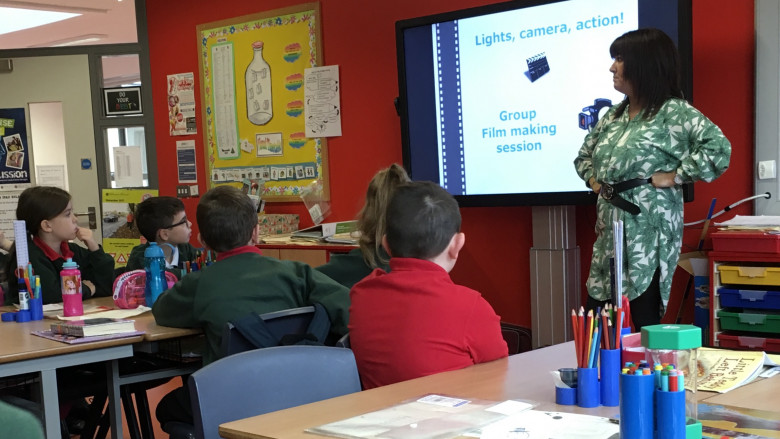 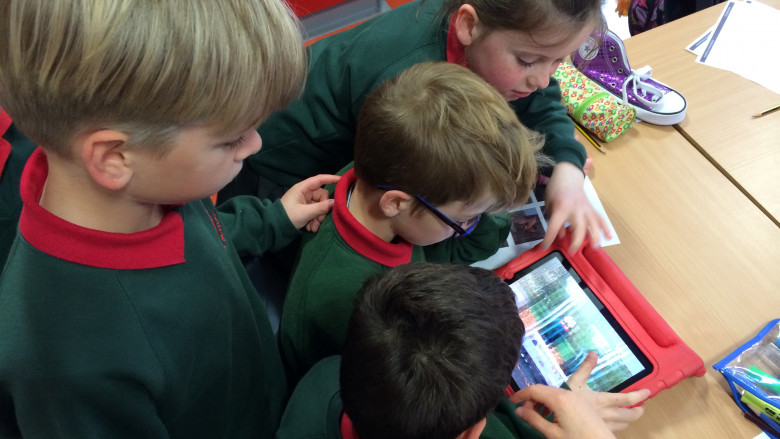 Mrs Cormie was introducing her P1's to film analysis and I think we all enjoyed it thoroughly! The class watched a Bambi clip, where Bambi was just born and all the animals of the forest came to meet him. After the clip Mrs Cormie asked questions about what they had seen. She showed them the icon for Setting and talked about it representing a landscape and how it means where the film is set. Then the children talked about the setting of the clip. Mrs Cormie showed the class the icon for Character and they cleverly said it showed a person, so it was then explained that characters aren't always people, like in Bambi and had the children talk about all the main characters they had seen using stills from the clip. We then went on to look at colour. After discussing the colours in the woods and the characters using colour swatches, Mrs Cormie had the children colour their own palette based on the clip, which they were all very pleased with.

"The pupils were all really enthusiastic and demonstrated a great understanding of the various shots and angles needed to film news style footage."

As the children in P1 can't read nor write, I was curious as to how Mrs Cormie would approach introducing the C's and S's at such an early stage. Her creative and engaging approach was brilliant to see and the children just loved it. She was telling me of loads of other ideas she had to explore the other C's and S's and how so many clips could be made relevent to their class topics. She was looking forward to using Sound on/Vision off with them to explore sound. You could see from the children that they could be analysing films with no trouble by the end of the year!

"We're enhancing the curriculum through the use of Film."