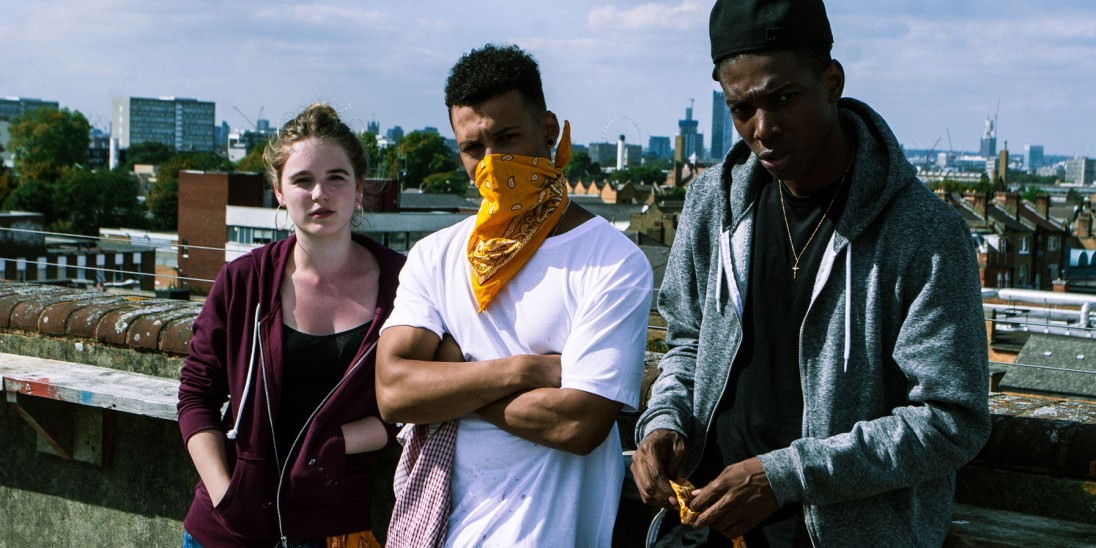 Since 2013, Into Film and the British Council have worked together to compile the best of British short films for young people made each year. Comprised of animation and live action, the 2016 edition for secondary ages is full of exciting new work from emerging British filmmakers. From clever animations about an unfrozen mammoth forced into modern society, the futility of war, and conversations with a spiritual healer to thought-provoking dramas about racial tensions in a small English village, female coming of age, a little brother’s experience of the Hillsborough disaster and a heart-in-mouth moment in the life of an emergency services phone operator. This is an impressive line-up of short films made by up and coming British filmmakers featuring engaging stories and issues for secondary ages.

Films in this programme include:

This film programme has not been certified by the BBFC. Into Film suggest it is engaging for ages 14+. Please note Offside, Patriot, Saturday and Two Seas feature bad language. The River, Patriot, Offside and Saturday also feature scenes of distress and/or violence that may upset sensitive members.

This resource is aimed for use with young people aged 14-19.

Based around British Council short films, these resources are ready-made for multi-setting delivery in-class or at home.

Time-travelling chickens, a clockwork family and clumsy undertakers are some of the characters found in this fantastic programme of shorts.

A great collection of British shorts about everything from a kebab-shop knife-fight to senior citizens exploring the world of online dating.

A selection of films that celebrate and explore Northern England alongside its cultural and social specificities.

The best short films available on the Into Film catalogue for secondary ages that are great for literacy learning.

"Some of them saw a clip from Wakolda (The German Doctor) on TV recently and really wanted to watch it. So I thought I’d take a chance, not expecting them to watch the whole film but the majority were absolutely gripped. "