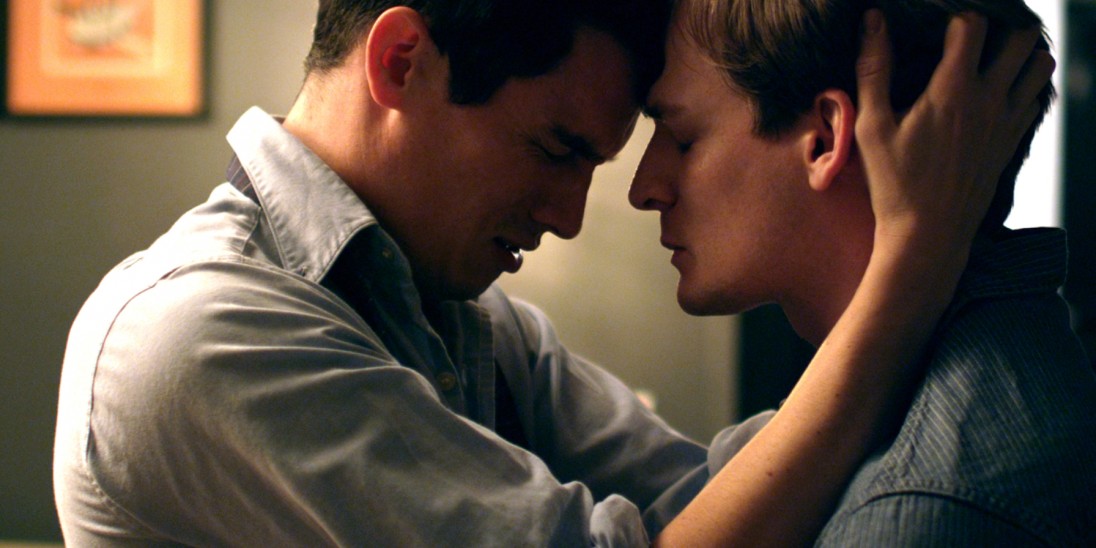 Peccadillo Pictures are the leading UK distributor of LGBTQ+ films. We have teamed up with them to curate a collection of shorts which chronicle aspects of the LGBTQ+ experience in Britain and around the world, focusing on youth-centred issues including coming out, young romance, bullying, as well as providing a celebration of queer representation. The collection demonstrates the extraordinary progress made around the world for LGBTQ+ rights, but also highlights how much work there is still to do.

Today is the day! Mathias is in love with Frederik and now he’s going to tell him just that… but when the moment of truth arrives is he brave enough to make the first move?

This lighthearted drama tells the story of Henry, a teenager struggling with his sexuality in 1986. Hiding in his wardrobe, he time travels to the present day where he meets up with a similar teenager, Ben, occupying his same bedroom 30 years later.

A queer revisionist history of 1930s black and white cartoons, 'Happy & Gay' is a musical carton inspired by the power of representation.

This semi-autobiographical film from a British-Iraqi director follows a drag queen who prepares to go on stage. As she does, she recalls the joy of being an 8-year-old boy helping her flamboyant Iraqi-Egyptian mother to get ready.

When Ben summons up the courage to talk to Aaron at their local subway station he is surprised to find that Aaron is deaf. Despite the communication barrier, love blossoms. But their very different worlds threaten to tear them apart.

All titles are suitable for audiences aged 14+. There are moderate sex references throughout and occasional strong language.

This film is part of the following theme

Brazilian romantic drama about a blind student whose relationship with his best friend is threatened by the arrival of a handsome new boy in school.

15-year-old Bram immediately falls for another boy he meets at a party – but no-one knows he is gay.

A collection of five shorts from the Iris Prize film festival around trans issues, inclusion, and acceptance.

An animated documentary about the fight for LGBTQ+ rights in present-day Egypt.

Bring European Day of Languages to life through Into Film+

Into Film+ hosts a variety of short and feature-length films in French, Spanish, German, Dutch, Portuguese, Danish, Welsh, and Scottish and Irish Gaelic.

LGBTQ+ cinema is an important, necessary tool for young people to see themselves...

A selection of films exploring and celebrating issues and discussion points surrounding LGBTQ+ stories around the...