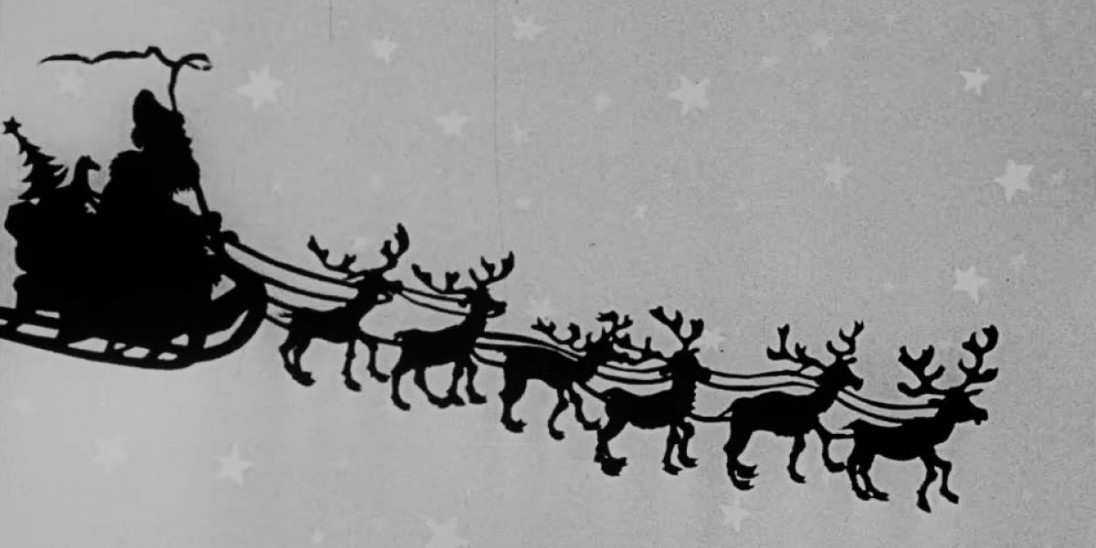 This selection of special archive shorts celebrates the joys of Christmas. From early cut-out animation, to the first filmed version of Dicken’s A Christmas Carol, these shorts are a perfect way to start the festive season in the classroom. The films are also a great introduction to early filmmaking, with silent shorts and some of the first cinematic storytelling techniques included here.

This funny cut-out animation is all about a very relatable part of Christmas – the rush to post your letters and presents on time! In this public short, Santa Claus threatens to go on strike if no one helps him out with his deliveries this year.

This newsreel short gave 1920s audience’s special behind the scenes access to Santa Claus’ factory. Surprisingly there are no elves, but elderly men and women working hard to complete handmade toys in time for Christmas.

This bitesize Victorian short is a perfect example of some of the creative techniques used by early filmmakers. Here, two children excited for Santa Claus’ arrival, are fast asleep when he slides down the chimney to deliver gifts and a tree.

Christmas at the Front (suitable for pupils aged 7+)

During WW1, British families back home were eager for news on how troops were doing. This silent newsreel short, showing Allied Troops taking a break and their first rationed Christmas meal during the war, is an example of what viewers would have seen.

Although we always associate Christmas with snow, the weather in the UK is not always so predictable. This charming silent short shows the unexpected snowfall that swept Britain on Christmas day in 1927 and the fun that ensued, from sledging to happy artic animals at Regent’s Park Zoo.

A classic Christmas story, Dicken’s A Christmas Carol is a fable that reflects on family and gratitude. This is the first filmed version of the beloved tale and includes some of the story’s familiar characters and settings as well as charming early filmmaking ‘tricks’.

Find the resources related to Christmas is Coming! Archive Shorts (2021) to use in your teaching   PLAY INTO FILM+
PLAY INTO FILM+
Log In or Start a Club

Find the resources related to Christmas is Coming! Archive Shorts (2021) to use in your teaching   PLAY INTO FILM+

This pack provides activities to use with any archive stills or footage.

"The art of discussion has improved and the breadth of language used has been enhanced by the variety of films watched, all of which we order free from the Into Film website."