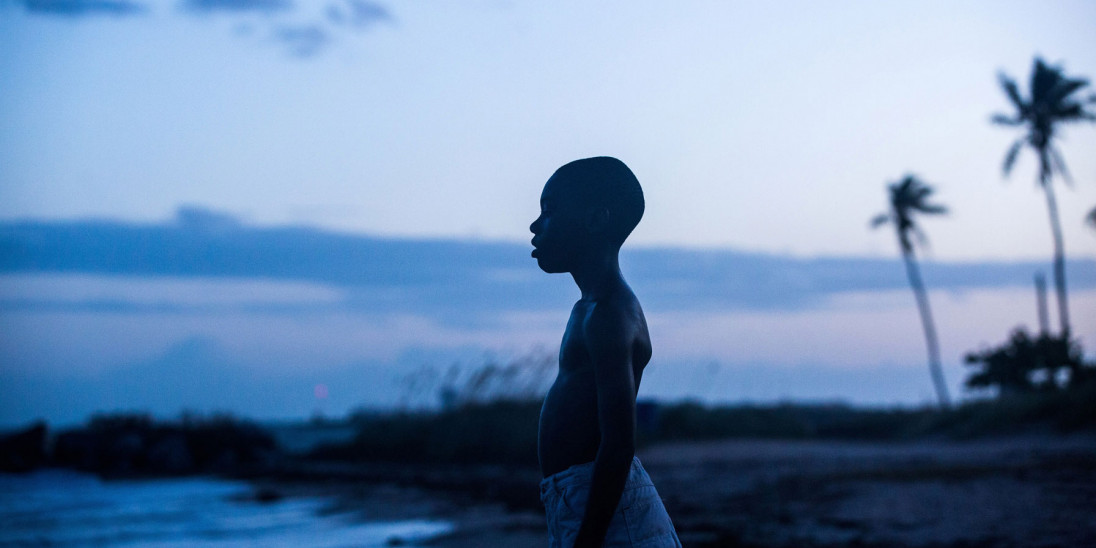 Coming-of-age drama focusing on a young black man growing up in a poverty-stricken Miami neighbourhood where he struggles to fit in.

A refreshing yet confusing take on the coming of age genre

Moonlight is a deeply intimate coming of age film that centres around the life of Chiron; a young, African American, gay man growing up in Miami. The film uses title cards to separate out his life into three different sections: i.Little, ii.Chiron and iii.Black, thus making it easier for audiences to follow. The film is populated by incredible performances by Mahershala Ali and André Holland, with Ali providing the stand out performance in the i.Little section. It's interesting to see Little and Juan's relationship unfold in his early life, with Juan becoming the sort of father figure that Chiron so desperately needs.

Cinematography is excellently utilised in the film, as its many intimate close-up camera angles create a very personal and intimate relationship between Chiron and the audience, particularly in the Little section. Here, the film uses cinematography to frame Little alone, demonstrating his isolated nature. In addition, the film's use of extreme close-ups in Little's play-fight with Young Kevin captures childhood fights perfectly and provide a stark contrast to most Hollywood blockbuster fight scene cinematography. Similarly, sound, or lack of it, is carefully used to punctuate pivotal moments in the plot. Music is also used to help signal changes in Chiron's character.

The focus on the black community in Miami is refreshing to see, as many coming of age classics like Clueless and Ferris Buller's day off, centre around wealthy white people. The film's commitment to its realistic portrayal of the community via the use of muted colours in the mise-en-scène is truly something to be admired. Its depiction of people down on their luck is wonderful to watch. However, that's where my positives come to a close.

Unfortunately, Moonlight is a film that lacks a sense of compassion. This really hurts the film as, at its heart, Moonlight is a deeply intimate film with a unique story to tell. However, as soon as Mahershala Ali's Juan dies off-screen at the end of the film's first section, all sense of compassion goes out the window, with most of the supporting characters being a thousand times more interesting than the central character of Chiron. Furthermore, Moonlight also lacks a sense of structure due to its problems with pace. It is a slow film that cuts at a fast pace and that's my key criticism. Perhaps, if they slowed down the pace of the editing then the film would have flowed more. Moonlight also has a tendency to just cut or start a scene without any logic. Scenes sometimes start without a logical beginning to how the characters got there, physically and/ or emotionally. For example, when we first meet Chiron he's hiding in an old house from bullies, yet we don't see or are able to surmise how he got there and this made the film less interesting for me as a viewer.

In conclusion, Moonlight amazingly uses all elements of film form to communicate its messages but manages to fall flat in its plot and characters. However I would say that, with its wonderfully ambiguous ending, it almost left me wanting more.

Energetic and honest coming-of-age drama about a teenager’s new friendship with a group of girls in the suburbs of Paris.

Engrossing tragi-comedy centring on the friendship between two street drifters, a troubled gay youth in love with a rebellious rich kid.

Classic 1950s film about a moody troublemaker - played by legendary actor James Dean, who died in a car crash a month before its release.