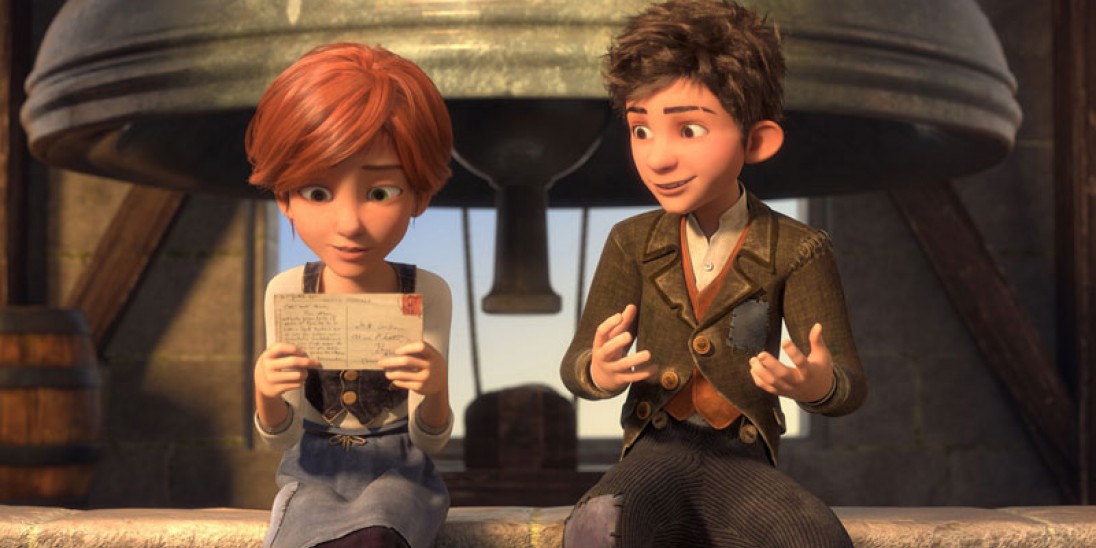 In 1879 Paris, an orphan girl who dreams of becoming a ballerina takes on the identity of another in order to enrol at a prestigious ballet school.

Get your dancing skills in the bag, because you'll need them!

Today's review is of the film, Ballerina.

This film is about a poor, young orphan girl called Felicie who decides to set her dreams on becoming a ballerina, but the orphanage is no dancing school so Felicie escapes with her clumsy friend Victor.

Then they finally arrive at beautiful Paris, what adventures await them?

Lets talk about the graphics first, this was an animated film with stunning graphics which have made me hope to go to Paris someday.

Next up is the music, which was also really good and made me want to get up and dance.

My favourite character was Felicie because of her determination and energetic personality and she never gave up.

My least favourite character was Regine le haut because she was stuck up and snobby.

Now for the clips.

My favourite part was when Felicie leaped and amazed everyone because it even makes your jaw drop and you don't even notice!

My least favorite part was when Camile smashed Felicie's music box because Felicie didn't have a lot and that was her only valued possesion.

This film is a great representation of both genders because is shows the best and worst of female and male.

There is also no favoritism towards any of genders included in this film.

I would watch this film a thousand times again because it spreads lot's of positive energy.

I would recommend this film for all ages because there's nothing wrong with this film, just pure humor!

This is a five star film for me, I would also recommend it to after school film clubs all across the country, this would probably be a fan favorite!

A courageous teenager follows in the footsteps of her ancestors in sailing across the Oceanic seas, accompanied by the demi-god called Maui.

Anime about a 13-year-old witch-in-training who, as part of her calling, has to spend a year living away from her mother in a new town.

Justin and the Knights of Valour(2013)

Justin and the Knights of Valour(2013)

A feel-good animation about Justin, an unlikely hero who dreams of being a valiant knight, but lives in a hum-drum town where knights are outlawed.

April and the Extraordinary World(2015)

April and the Extraordinary World(2015)

In a smoggy steam-powered Paris, young scientist April is trying to finish her parents’ project to invent an invincibility serum.