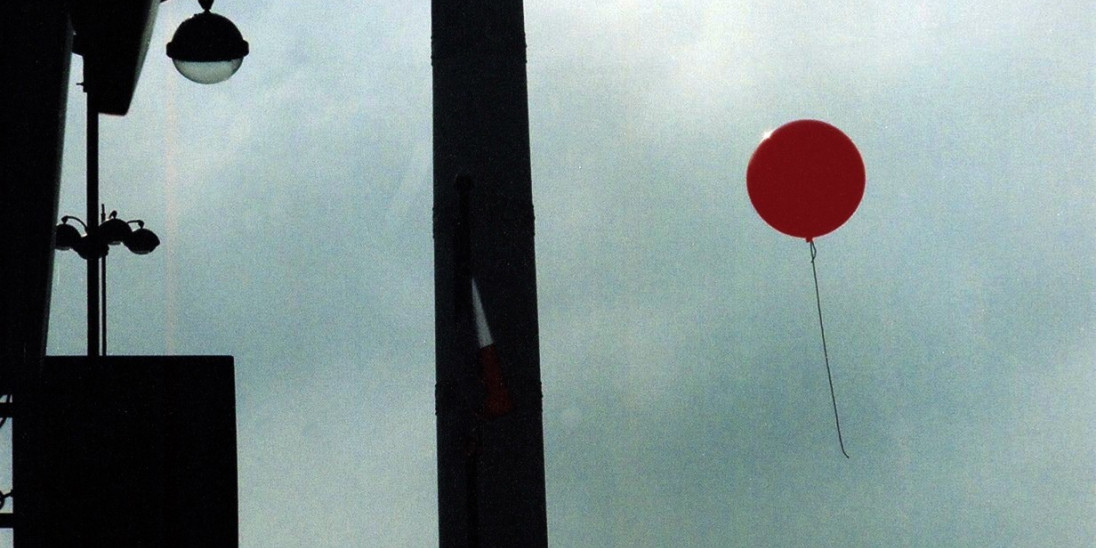 One of the greatest children's films of all time, this much-loved (mostly dialogue-free) French movie is about a young boy and his toy balloon.

This film I liked, because it was very enticing and also because it shows that kids can live there own life with only a balloon, which I found amazing to watch! In this film, I saw that the lighting is very unique for the film considering the date it was set in. What I also noticed is that the camera angles were very impressive too.

Another thing I liked about the film is that there were some connected friendships going on with the red balloon and the young boy which I found so adorable! But there was a part in the film where I got annoyed because when the blue balloon (which was my favorite character by the way!) came along and then the boy just walked away! the reason why I got annoyed is that I thought the young boy was actually going to make a best friend!

In this film, I didn't like the music I found it quite boring and dismal and it was very cacophony to hear and to listen to because it was quite boring.

My least favorite part is when the bullies pushed the old lady in the dark ally way which I found really impolite and abusive and also caddish to the old lady. Just to make a huge Kerfuffle about it!

My most favorite part is when the boy actually found the "RED" balloon by finding it tied up on a lamp post, and the way to get it is actually to climb the pole!. Which made me think maybe the young boy tied it up himself? Or maybe a random stranger tied it up? Who knows?

This film about the boy and his balloon made me think that did the boy even have a family? Or even friends for that matter!! One thing we do know is that the boy has his balloon, or should I say balloons???

This film also made me feel bewildered because why did the "bullies" want the balloon so bad? Also, how did the balloon do everything the boy said to do? To be honest, it was like a trained dog!!!

The film looked like it had some animation in it, the reason is that the balloon and the boy looked a bit cartoony to me...

Also, I have some questions for this film:

(how did the balloon do everything the boy said?)

(does the boy have a family?)

After all, I found that it was a pretty good film and I found it quite enjoyable to watch. The only thing that bothered me was that there wasn't much talking going on.

For this film, I would rate it a 7+ for children because I think this French film is way to mean and childish and I think that kids under 7+ might copy this bad presumptuous in this film!

Film based on the books about an orphan girl who lives in a Paris boarding school, with real actors and locations to match the original illustrations.

Charming animated tale about a young boy who finds a lost penguin on his doorstep and decides to row him home to the South Pole.