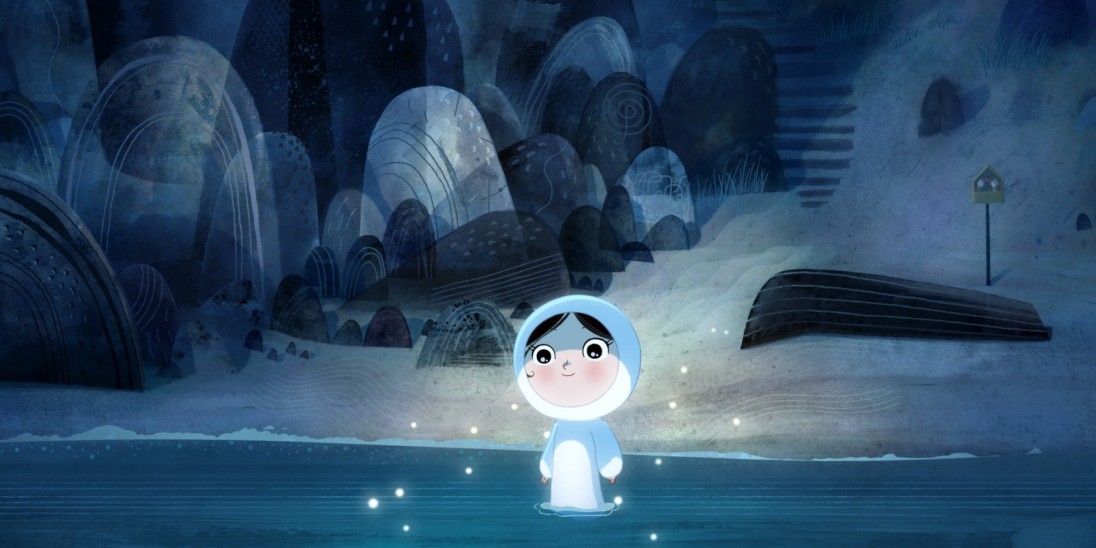 A beautiful and touching animation based on an Irish folktale about a little girl who turns into a selkie.

Song Of My Heart

' Song of the Sea ' is a wonderful and delightful animated film. I would recommenced this to 6+ as it involves mild threat. I believe that other people would enjoy this film. This film also feature some myths from the Celtic tradition.

' Song of the Sea ' is about a young girl called Saoirse, who lives on an remote island with her older brother , Ben , and her father. As one magical night, Saoirse discovers an angel-like coat which changes her into a seal-like creature called a Selkie. With spending a night splashing and swimming in the sea , with seals. Her Granny discovers Saoirse washed up by the shore, she decides it will be safer in the city and depart Saoirse and Ben,her older brother, from their father. Longing to return home, the two escape. But what will happen on the interesting journey home ?

I admire their animation in this film. It's so beautifully created, you can see each swirl and stripe. At first, it might look weird but then if you look closer or for longer you might be able to see the deft gone into making one pebble or one torch glow.

My favourite camera shot in this film was a long shot, from the bottom of the sea , facing up. As this was filming, the seals and Saoirse's seal transformation swam over the top of the camera.

My favourite character was Saoirse. I mainly found her adorable. But the elements she has. She is so powerful and so young but ... she can't talk. I feel sorry for Saoirse. Imagine, trying to communicate with people. The struggle, the pain, the agony.

' Song of the Sea ' is based in Dingle Peninsula, which is found in the South West of Ireland.

Oscar-nominated hand-drawn animation about a boy living in medieval Ireland who is recruited to complete a series of perilous, magical tasks.

Magical Japanese animation about a fish who transforms into a girl after she is discovered trapped in a jar at the seashore.