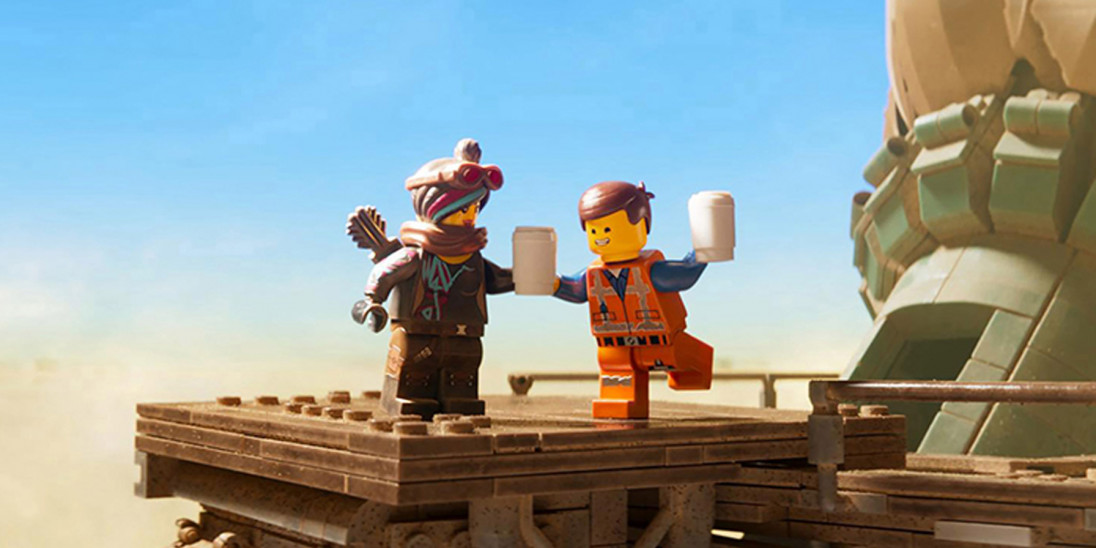 The much-loved mini figurines must travel to another galaxy to save their city from DUPLO® invaders from outer space.

I adored this film and its creativity. I would definitely recommend this film. But you may want to watch 'The Lego Movie' before reading this because it may give some spoilers from part 2, while I'm explaining the story.

I went to see this film with my friends for my party last year actually. I enjoyed and I'm sure they did too! We had a great experience at our local cinema watching this. Cringing at all of Emmet's misunderstanding of life. And we left the cinema singing ' Catchy Song' [ yes, that what it's called, I even searched it ],or know as ' This Song's Gonna Get Stuck in Your Head'.

The Lego Movie 2, descended from The Lego Movie [ funnily enough ]. It tells the story of from the last film,where they save Bricksburg from Lord Business's evil plans. But suddenly a group of DUPLO® outlaws declare dominance. Through out the years, the outlaws starts to invade and destroy the city's buildings. But how can they stop? Queen Watevra Wa'Nabi the sends a letter to stop a end to this. Is Queen Watevra Wa'Nabi planning some evil plan or does she really want to end this all?

My favourite character is Queen Watevra Wa'Nabi. Maybe I feel in love because of her character? Her passion? No, I simply loved her because of her sass and her transformation she could do. Also her name is Watevra Wa'Nabi, which could mean: Whatever I wanna be. I think they we're right to cast Tiffany Haddish as her.

I would keep this as a U. Since its fun and creative. Personally I would let ALL ages watch.

Old-fashioned cowboy toy Woody is threatened by the arrival of flashy, hi-tech Buzz Lightyear in this character-driven animation from Pixar.

Ralph and Vanellope must travel around the Internet via a newly installed Wi-Fi router in their arcade to locate a piece capable of saving their game.

Animated adventure in which Batman must once again do battle with the Joker who is intent on taking over Gotham City.

Dizzying animation in which numerous Spider-Man incarnations from different dimensions team up to defeat villain Kingpin.