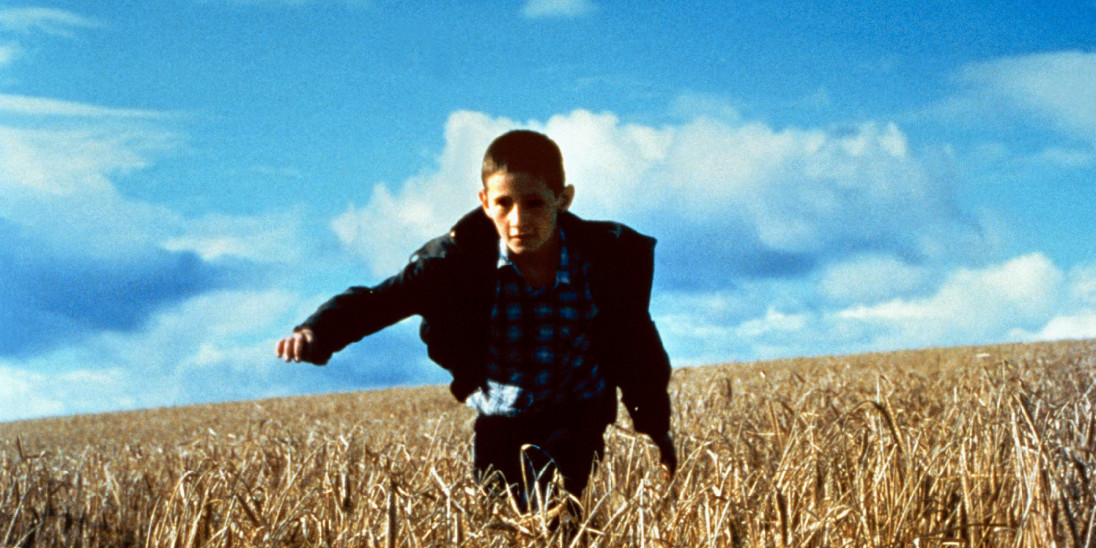 Dark, unique portrait of Glasgow in the 1970s, about a boy who blames himself after his friend drowns in a canal.

In a cinematic experience that is as gentle as it is brutal, Lynne Ramsay tells the intimate tale of a young boy, James Gillespie (William Eadie), forced to live against the oppressive backdrop of a rundown Glaswegian council estate. To make matters worse this is amid the 1970s dustcart drivers’ strike, as bleak as it may be for any 12-year-old boy. It should be a time for every boy to blossom into a teenager, to a man, however, not for James. Ramsay pulls no punches with the story, forcing James to hold a grave secret which alienates him from his already dysfunctional family. One thing remains constant through James' nightmarish formative years. It's Ramsay's conjuring of atmosphere and subtle sensitivity in a cold world.

The opening shot is proof alone; the camera weighs in slow-motion on a boy named Ryan Quinn, intertwining himself like a spider in the web of his mother's curtains, sunlight beaming through the windows behind, cheering children muffled outside. It’s ethereal, and yet so familiar to any person who has been within meters of long curtains as a child. Quintessentially childlike. This bliss is to be shattered moments later by a shoe to the head. Foreboding of what’s to follow.

Ramsay is one of my favourite filmmakers. Someone with undeniably unique and magical use of the camera in such very simple, but poetic ways, which makes her cinematic vision so refreshing. When someone says "inventive camera work" they typically refer to exhaustive long takes or the orchestration of sweeping action set pieces. However, with Ramsay it is simply the way she frames a subject or holds a shot for slightly too long that feels so organic and profusely powerful. The duo of Ramsay and cinematographer Alwin Küchler take full advantage of the sombre industrial wasteland of a 1970's council estate. The audience navigate shadow ridden alleys, ominous khaki coloured canal and black polyethylene mountains which uprear their heads over sullen streets, guided by James. Although, the world he inhabits is bitter to the eye, Ramsay exposes hidden beauty everywhere with her natural presence of camera.

I cannot feel anything less than wholly engulfed by the pure ambience she conjures, as if drowning in it.

Interlaced with charming visuals and gripping yet subdued story is a plethora of genuinely great performances, each one as authentic as the last. The best is the subtle and charming child performance from Eadie as James, able to capture both maturity and vulnerability. The guilt of an adult, trapped, grappling with the innocence of a 12-year-old, wise beyond his years. Here the film draws parallels with other staples of the British realism movement like Ken Loach’s "Kes" and Shane Meadows' "This is England". This “depressive tenderness” can be seen in more recent films like "The Florida Project", arguably The Ratcatcher's American counterpart.

Through a film that is one part blissful, one part truly devastating, Ramsay crafts a charming tale exploring the duality of childhood, which is memorable to say the very least.

Drama in which a young Scottish woman puts her name to her dead boyfriend's novel manuscript, takes his money and travels to Ibiza to party.

The Loneliness Of The Long Distance Runner(1962)

Enchanting film from famed British social realist director Ken Loach, about a young lad with an unhappy life, who befriends and tames a kestrel hawk.