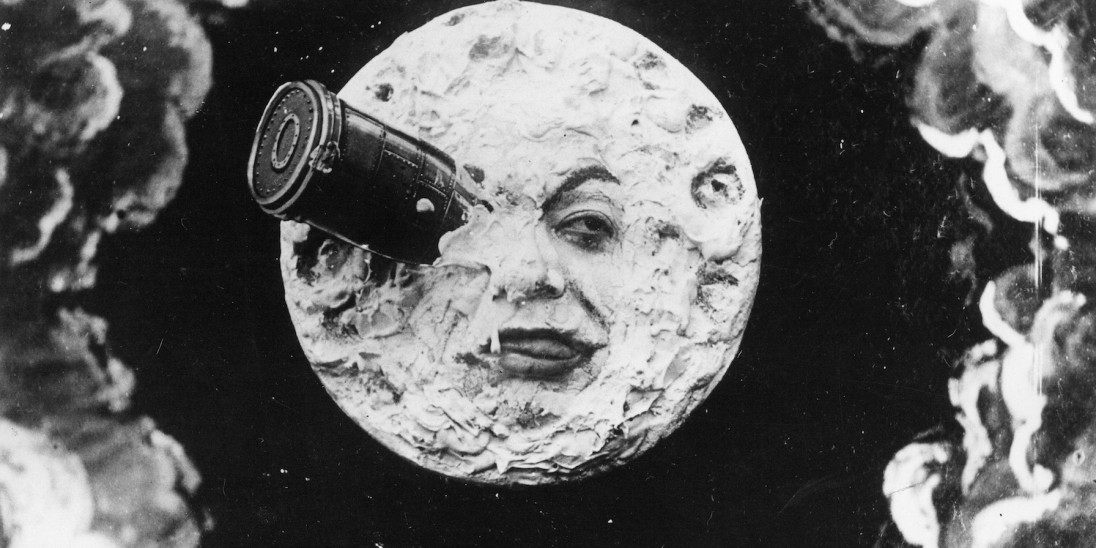 Fascinating early slice of science fiction and a founding stone of modern cinema.

A Blast from the Past

It's incredible to consider that, at the time, 'Le Voyage dans La Lune' would be the equivalent of what 'Guardians of the Galaxy' is now, but believe it or not, this 12 minute short laid the foundations for science fiction cinema that would later bring us '2001: A Space Odyssey', 'Star Wars', and yes, Marvel, making it a must see for all dedicated film fanatics.

The silent story starts by introducing us to a group of astronomers (a glance at Wikipedia reveals their names are: President Astronomer Barbenfouillis, Nostradamus, Alcofrisbas, Micromegas, Parafaragaramus, and, bafflingly, Omega) who set out to build a rocket and fly it to the moon. That's it. So what makes this 12 minute, black and white film from 1902 such a landmark in cinematic history?

To start with, the constant silence from the actors involved proves how heavily we rely on dialogue nowadays to understand a story, but it is not indecipherable. Far from it. The use of mime and set design are all Georges Melies needed to prove his worth as a director. The story is so clear just from Melies's use of 'show not tell' you could ask a four year old to explain to you what was happening and they'd be able to do it, no problem.

Some viewers, particularly younger ones, may find it rather tedious and unimpressive, perhaps revealing our need in the new millennium for colourful but empty CGI battles and an array of global megastars (usually sporting six-packs and snarky one-liners) to be truly dazzled.

Admittedly, the film would not have as much gravitas without the excellent score by David Short, and, to state the absolute obvious, it is extremely primitive in terms of technical effects. Saying that, when you reduce it to its bare bones, you realise how many crucial filmmaking techniques are exhibited in this short film, techniques that we tend to overlook nowadays for how basic they are. Techniques like superimposition, dissolve transitions, and many more.

It does, maybe most importantly, make one ponder the question that if we were to aim as high and shoot for the moon so to speak as Barbenfouillis, Nostradamus, Alco- this is ridiculous. If we were to do that as the astronomers did, what might we then accomplish. What mysteries might we solve? What stories might we create? What places might we go?

Or it's just a pretty good piece of old-fashioned cinema.

A woman finds a worm that can spin cotton, but her father plans to use the creature to become rich.

Archive cut-out animation that parodies the characters of 'Hamlet' to tell an amusing version of the age-old Shakespeare classic..

This visually spectacular German sci-fi classic (made, incredibly, in 1927) sees the rich live in skyscrapers and the poor toil underground.

The sophisticated storytelling and lavish camera work in this superb family adventure combine to create a loving postcard to the power of film.