It's a wrap on the 2021 Into Film Festival! Check out our highlights

Our 8th Into Film Festival has officially wrapped! And we want to begin by thanking all the young people, educators, film industry guests, cinema venues, Cinema First and Into Film staff members who made our full return to the big-screen festival experience so exhilarating and special.

Due to Covid-19 restrictions, we only held a select few ‘Into Film Festival Presents' screenings in 2020 and 2021 saw a slightly reduced programme for the same reason but we are extremely happy to report that this year still saw 185,000 attendees from all over the UK, across 2,500 screenings and in 500 cinemas. Cinema truly does feel like it's back!

Below, we've curated a lowdown of stories, quotes and images from our favourite events this year, which range from a Q&A with acclaimed director Edgar Wright to a special screening of Disney's Encanto, featuring a Colombian band and a VIP limo experience.

What an amazing treat our school experienced yesterday! Many of our children have not been out of Golcar, let alone to Sheffield or to a cinema. The children had the best day and memory to last a lifetime.

As many will already know from our recent article, this year's Into Film Festival kicked off with pupil premieres of Clifford the Big Red Dog and Belfast, the latter of which featured an introduction from Northern Ireland Ambassador Sir Kenneth Branagh and the film's young stars Jude Hill and Lewis McAskie.

Next up was a tenth anniversary screening of science fiction comedy horror Attack the Block, featuring a Q&A with director Joe Cornish and actor Michael Ajao, and attended by the film's producer and new Into Film trustee Nira Park. Explore our full deep dive into one of the most informative but hilarious events this year and enjoy our favourite images from the day below:

From insight into the filmmaking process to advice from Steven Spielberg, explore all we learned at a screening of Attack the Block featuring a special Q&A.

Nira Park was also present at the Q&A with her close collaborator Edgar Wright. The mastermind behind films such as Hot Fuzz, Baby Driver and the recent Last Night Soho sat down with students after a screening of his documentary, The Sparks Brothers, to discuss his filmmaking process, the many available routes into the industry and his love for music documentaries. Here's a select few words of wisdom from the man himself, Edgar Wright:

On being a teenage filmmaker and getting your work out there: "When I was that age, there were fewer options to get things seen. Now, there's many ways to get your work seen on various different platforms. You can just take a more direct route, whether that be on YouTube, Vimeo or even TikTok. At the heart of it though, find like minds and other people that want to do the same thing as you""

On his journey as a filmmaker and his advice to young people: "I don't have a degree in film - I went to art college in Bournemouth and did a National Diploma and I tried to get into film school, but they all said no. So, I just started doing my own thing...that summer, I made a really low budget film with some money from a local businessman in my town who had seen some amateur movies that I did. I moved to London to edit it and then I started getting jobs in TV. That's not to say that going to film school isn't great; I work with lots of of people that have been, but it wasn't for me. What I will say is if you don't get in, it's not the end"

On completing two projects at similar times (The Sparks Brothers and Last Night in Soho): "I don't know quite how I did it but the idea for the documentary came together and then I came back to London to write the Last Night in Soho script. Once we had the first draft of that and Nira Park could start putting it all together, we started to shoot the Sparks documentary right through to the end of 2018 knowing we were going to shoot Last Night in Soho in 2019"

Speaking of trustees, a massive thanks to Barbara Broccoli and EON Productions who helped us put together a fascinating Q&A with her fellow James Bond producer, Gregg Wilson, after a screening of No Time to Die.

Moving onto events in the rest of the UK, we were fortunate enough to screen Peter Rabbit 2 plus BAFTA short, Journey Of A Film thanks to the Yorkshire Building Society who very generously sponsored all travel for the event. Senior Admin Officer, Leeanne Heaversedge from Lily Park (A SHARE Primary Academy) had this to say about the screening:

"What an amazing treat our school experienced yesterday! Our children are from a disadvantaged area in Huddersfield and would not have been able to enjoy this without the travel bursary kindly donated by Yorkshire Building Society. Many of our children have not been out of Golcar, let alone to Sheffield or to a cinema. Thank you on behalf of all our school community for your generosity. The children had the best day and memory to last a lifetime".

Meanwhile, Coventry native and director Debbie Isitt was on hand for a Q&A after a screening of her Christmas film, Nativity! Held in partnership with Coventry City of Culture, Debbie was a huge inspiration to all the teachers and young people in attendance.

Closing the 2021 Into Film Festival was a very special screening of Disney's new animation Encanto, accompanied by a performance from a Colombian band as the young primary audiences walked into the auditorium and a VIP limo experience outside the Vue cinema in Leicester Square. It was a truly unique, joyous and vibrant way to end the Festival and produced some photos for the ages:

Last but certainly not least, we held stand-alone previews of Ghostbusters: Afterlife, Madres Paralelas (Parallel Mothers) and Dear Future Children as well as regular screenings in cinemas across the UK of primary and secondary titles including My Neighbour Totoro, Raya and the Last Dragon, I Am Greta, 1917, Rocks and Sound of Metal. Here's some of the best moments from those events that were captured by teachers and posted on social media: 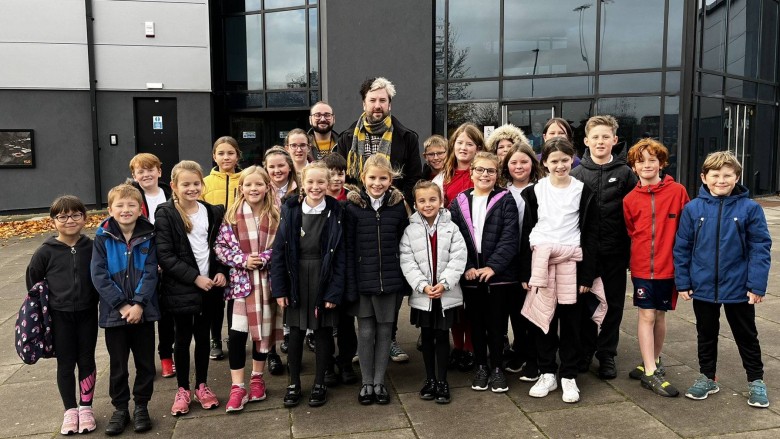 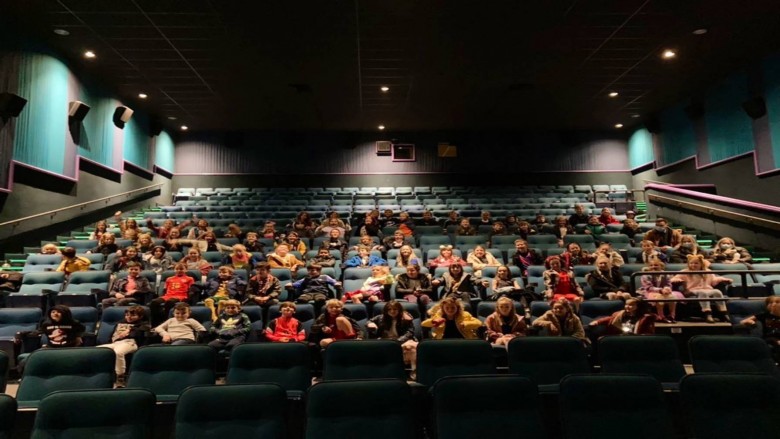 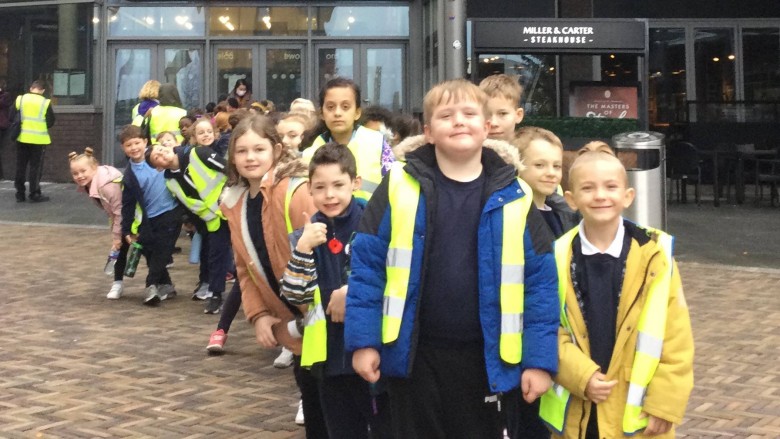 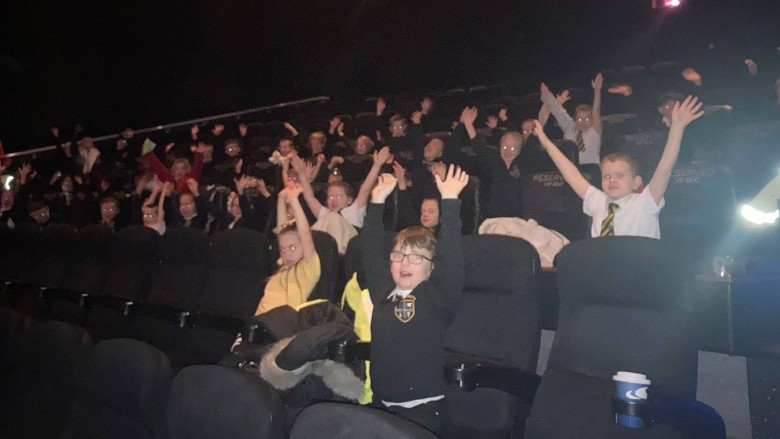 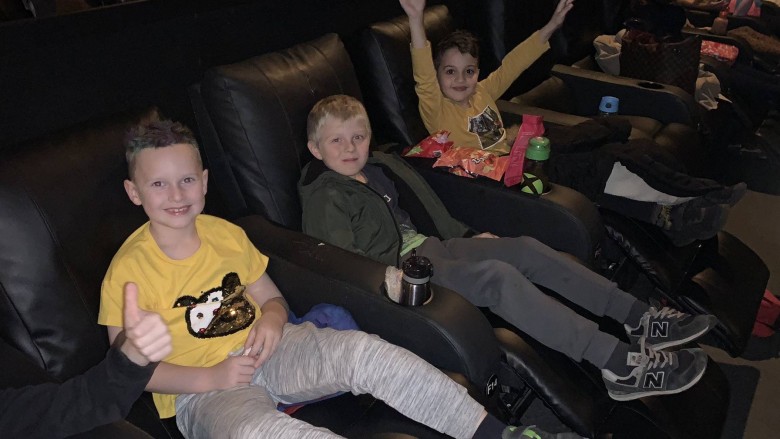 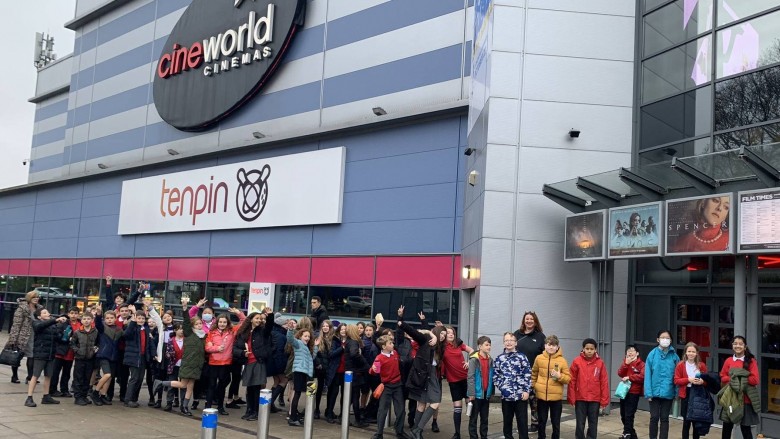 We'll leave with you some inspiring words from Into Film's CEO, Paul Reeve: "Given the extraordinarily difficult times that everyone has been through, we've been especially delighted to work with our partners across the film and cinema industry to enable many tens of thousands of children and young people from across the length and breadth of the UK to experience the joy and magic of a great story told on the big screen. The wonderful feedback we've received from schools indicates how valuable and valued that opportunity was".

The Into Film Awards returns for 2022

After a brief hiatus in 2021, our annual celebration of young filmmakers, clubs and teachers returns for 2022. Check out all the categories and how to enter.

Clifford the Big Red Dog opens the 2021 Into Film Festival

The Into Film Festival returned today with a special preview in London's Leicester Square, and the promise of many exciting events across the UK to come!

The 7th Into Film Festival wraps with highest ever audience

A special pupil premiere of 'Frozen II' helped bring the 7th Into Film Festival to a terrific and record-breaking close today at London's Leicester Square.