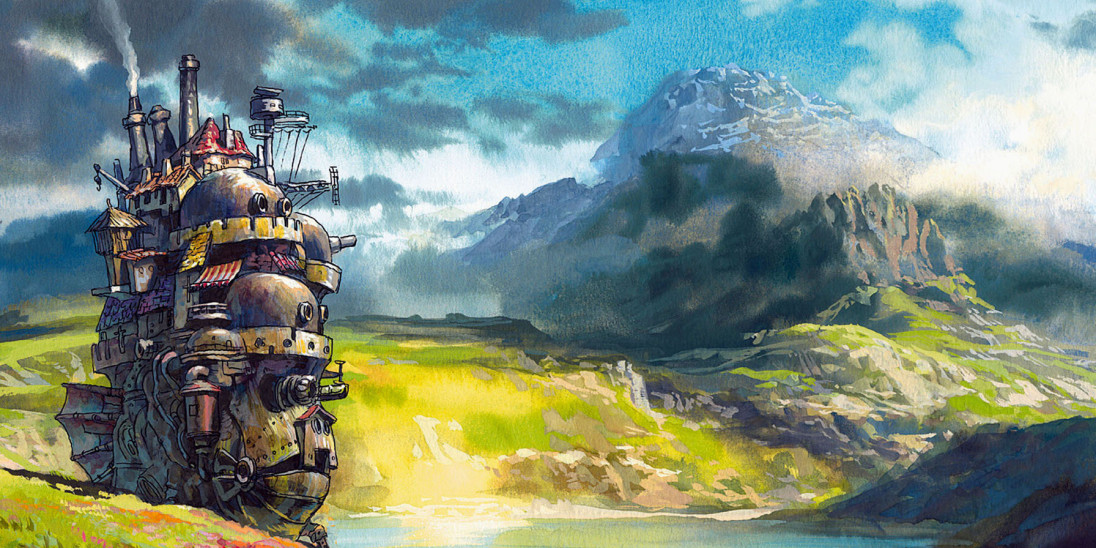 Japanese animated epic about a crotchety wizard living in a strange castle who saves a young hat-maker, who is then cursed by a jealous witch.

I kind of liked this film, probably because I only watched half the film, I didn't get what was happening the part which i saw.

My least favourite part was when bombs were being dropped onto the village,it was nervos to watch,but I couldn't wait to see how Sophie turned young and saved the village, with Howl.

The colours in the film were colourful and bright, the music fitted the film very well due to the circurmtances, like the bombing scences. I would recommend this film to children ages 7+, because of the sad circurmtance , but adults would have understand the story of the film because I didn't. A 3 rated film by me.

Nausicaä of the Valley of the Wind(1984)

Nausicaä of the Valley of the Wind(1984)

Superb Japanese animation about a girl and boy on the run with a pendant wanted by pirates.

Animation in which a prince travels west to cure a curse, and finds the animals there are battling townsfolk trying to destroy their forest.